Ask your self
What would you like to achieve ?

Guide lines are easy, you should be the one to make your pruning decision upon the following three topics i mentioned above.

Generally speaking i chose The Additional Blooming topic as a guide line for you according to the most common effect people usually want to achieve because it combines the Aesthetic topic as well.

Enough talking lets have fun and start prune it!

Just before your pruning climbing roses attack, keep in mind the 3 years Worning. usualy try to aviod pruning during the first 3 years after planting them. well they must first have to adjust to the soil, strengthen and establish theire roots. keep on reading and ill show you in a second 'how to' regard that 3 years limitation.

Second - the following instructions are related all most to all king of roses though there are varies of different types. but the basic rules stays the same. there are many suggested formula's. ill deliver the most common one. 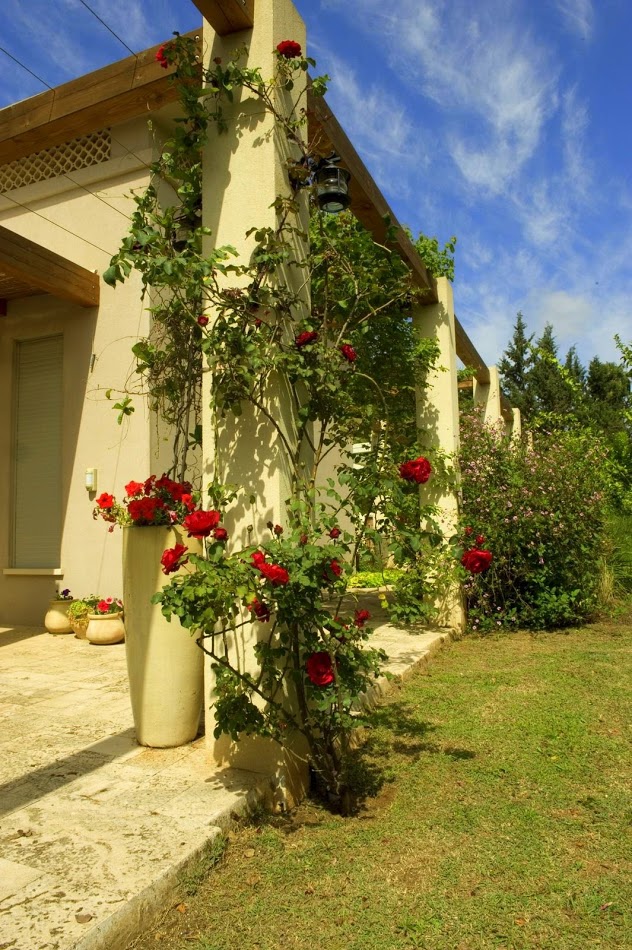 The Pruning stage - How to?

The 'how to' part of pruning climbing roses is the fun part. and the reason is that like i promised all the way as for the guide line for this site. you don't have to be afraid to do it all wrong or being a Pro. all you have to do is taking care of the withered flowers and dry branches. Additional blooming, remember? great, so follow me and lets do it.

Your roses will most likely produce wonderfull bunch of flowers only on mature and strong branches. that's one more reasom why will be dealing mostly with the withered flowers and dead brunches.

Safety - though to the fact that this are climbing roses if their to high and you must use a leader to reach the height you need, please be careful. we want to get an additional blooming not bruises.

By the way, that pruning action we just deed actually called Lopping, well its kind of one step before pruning which means cutting dipper in side the rose plant.

I use only one kind of pruners as my preferred tool for pruning climbing roses: a bypass long straight blade pruner for cutting the twigs, dead stems and dried flowers.